Question 1:
(a) Diagram 1.1 and 1.2 shows activities which involved the radioactive substances. (i) State the radioactive radiation used in medical field in Diagram 1.1. [1 mark] (iii) State one effect of nuclear explosion to human being. [1 mark]

(iv) What substance is used to make a container to keep radioactive substance safe? [1 mark] (i) Name the radioactive substances used in Diagram 1.3. [1 mark]

(ii) State the energy generated from the power station in Diagram 1.3. [1 mark]

(a)(ii) To estimate the age of ancient objects

(a)(iii) Can cause serious health problems or even death (c) State one method to detect the presence of ray T. [1 mark]

(d) What is the effect on human beings if exposed to ray T. [1 mark]

(c) Use a detector such as the Geiger-Muller counter.

(b) State the charges of radioactive radiation P and Q.[2 marks]

(c) Name the substance that can stop the penetration of radioactive radiation R. [1 mark]

(d) Name the radioactive radiation which is used to kill cancer cells. [1 mark]


Question 2:
Diagram 2 shows the use of a radioactive substance in food preservation. (a) State the function of gamma radiation in this process. [1 mark]

(b) State two uses of gamma radiation other than food preservation.[2 marks]

(c) Name one material which can stop gamma radiation. [1 mark]


Answer:
(a) To kill microorganisms in the potatoes without changing their taste and appearance.

(b)
- To kill cancerous cells
- To control the thickness of paper, plastic or metal
- To kill or sterilize pests
(any two)

(c) Lead which is a few centimetres thick 
6.2.2 Nuclear Fusion
1. Nuclear fusion is a process that two light nuclei combine to form a heavier and more stable nucleus together with the release of a huge amount of nuclear energy. 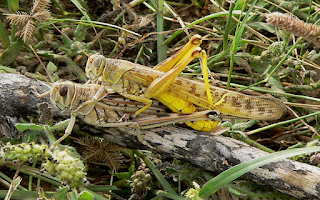 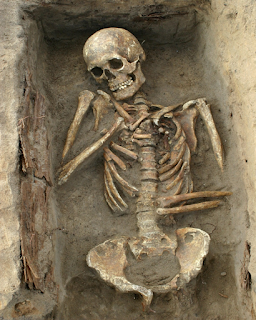 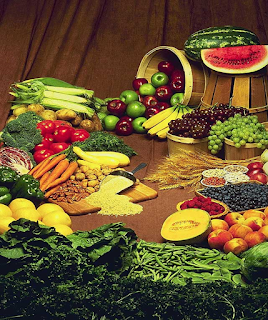 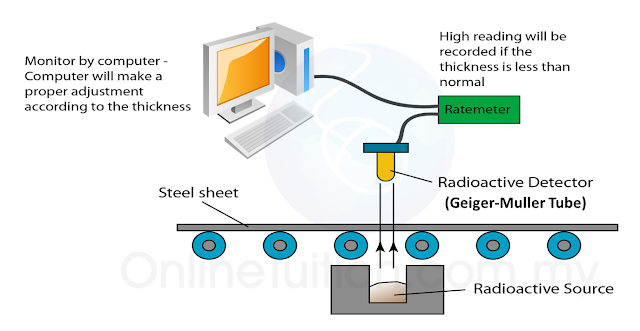 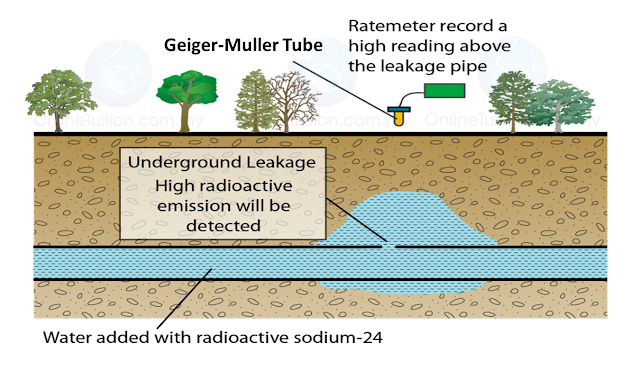 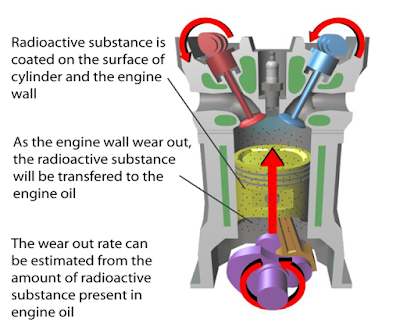 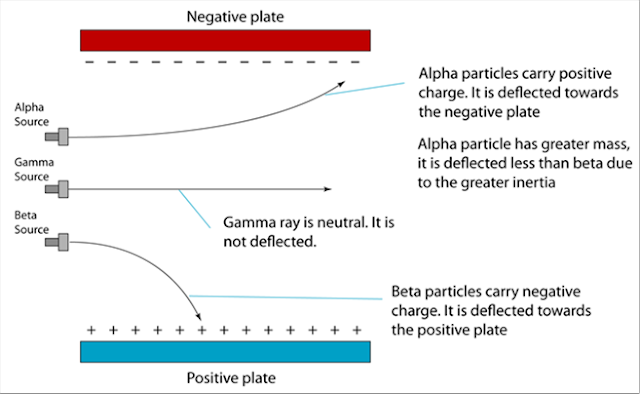